Traditional funerals can be expensive, but they are also not the most environmentally sound method of keeping the remains. This is because the coffin, materials, suit, and even the body itself contain harmful elements to the environment. Over time, these elements can seep into the surrounding property, including the groundwater, and create issues that have long-lasting effects.

Although traditional cemeteries tend to be isolated in terms of their location and construction, many home properties may also have a burial. Not including beloved pets, larger properties, especially in rural areas, may have the remains of a person or people present. Over time, such burials may become environmentally problematic if the land is to be used for other purposes.

One solution is the mushroom burial suit. Instead of a traditional coffin, the person is buried in a special eco-friendly mushroom suit that not only avoids the issues associated with coffins, suits, and other materials but also helps to neutralize the unwanted toxins that will emanate from the body itself.

What is a Mushroom Suit for Burial?

Sometimes called an infinity burial suit, the mushroom burial suit is designed to be worn by the buried person’s body. Although you may imagine from the name that this is simply a suit, it is more than that. When used at a funeral, there is no casket. Instead, the body is buried in the suit, which is allowed to decompose naturally.

A traditional wooden coffin contains preservatives that are toxic in nature. Once buried, the wood begins to decompose, and the toxins leak out. For those who have concerns about the environment, the mushroom suit offers an excellent alternative that is non-toxic and less expensive compared to a traditional funeral.

And while cremation is an even less expensive alternative, the fuel used for the process and the toxins held in the body are released into the air, where they can pollute the atmosphere. If the remains from the cremation are buried, the chemicals contained can further contaminate the soil.

The infinity burial suit may consist of different styles and color combinations depending on what additional materials may be used. But in most cases, the suits are remarkably similar using simple, natural materials with as few added chemicals, dyes, or other materials as possible.

What Is It Made From?

As the name suggests, this is a green burial mushroom suit that is fabricated from natural materials. The most prominent material is organic cotton which makes up most of the suit, but it is lined with mushroom spores that are sewn into the fabric itself.

The mushroom spores will help in the decomposition process, which eliminates the waste products. In addition, the toxins in the body are turned into enzymes which means that they will not pollute or damage the surrounding soil and groundwater. It is the inclusion of the spores that helps reduce and eventually eliminate the toxins in the body.

The cotton fabric will dissolve naturally over time as well. This means that nothing will be left behind apart from any items that might be buried with the deceased. For those concerned about the environmental impact of a burial, the mushroom suit offers a sound option.

A typical mushroom suit for burial costs around $1,500. The price may vary depending on the company that makes the suit, but generally speaking, $1,500 is average. For pets, some companies have a line of pouches that can be purchased for as little as $200.

Although $1,500 is not a small price to pay, it is a fraction compared to the typical funeral costs in most states. You can expect to spend on average $7,000 to $9,000 for a typical funeral. And while you may save $1,000 or so by having a graveside funeral or purchasing the least expensive coffin and other expenses, a mushroom suit is still far more affordable.

Keep in mind that a home burial is even less expensive compared to using a traditional cemetery. However, local ordinances will have to be followed in such matters. But you are free to use a mushroom suit and bury the remains accordingly for less money.

Because the infinity burial suit is relatively new, there are currently no states that prohibit or regulate the usage of a burial suit of this nature.

However, the funeral director does have something to say about the usage of such a suit, especially when it concerns not having a casket being used. In addition, there may be local ordinances that require the use of a casket for burials at cemeteries. You will need to check with your local officials to see if there are any restrictions on using only this type of suit for burial at a cemetery.

For home burials, you are not required to have a casket. However, some states do not allow for home burials. In addition, many cities and towns do not have the proper zoning laws to allow for burials on properties. The zoning laws are of the most concern if you are planning on a home burial.

In most cases, if you live outside a city or township, then county laws apply, which means there may not be any zoning ordinances. But if you live inside the city limits, then a home burial may not be possible because the zoning laws do not allow for such. Again, check with the local ordinances that govern where bodies can be buried to ensure that all laws are being followed.

A green burial mushroom suit or infinity burial suit offers a less expensive, environmentally safe burial method compared to the traditional casket or cremation. In most circumstances, this type of eco-friendly mushroom suit is not only allowed but also encouraged thanks to its environmentally sound decomposition method. This means for those who want to save money and protect the environment, especially if the funeral is taking place at home, the mushroom suit for burial is a sound option. 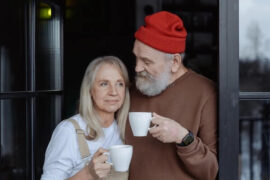 Affordable Life Insurance Options for Seniors over 80 to Consider 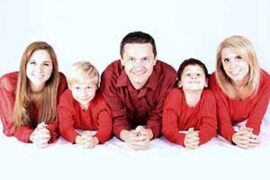 Getting Life Insurance On Someone Else – Everything You Need to Know!